Back to Casey McGlynn | Work 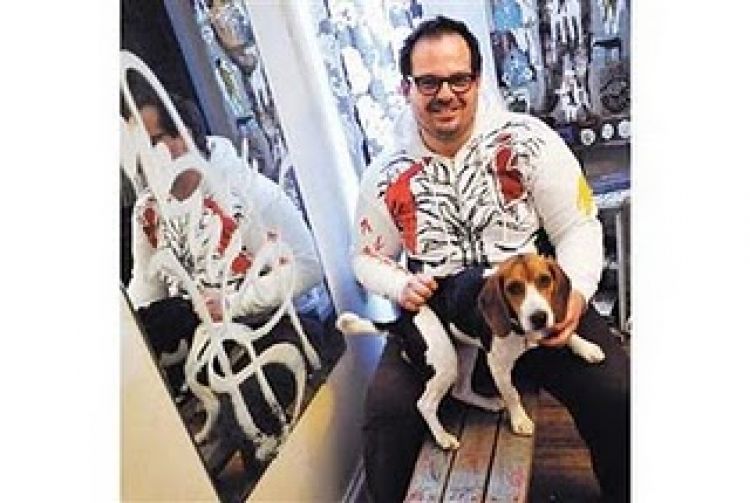 Casey McGlynn grew up in rural Ontario, where he would sit in front of the television and draw on old grocery bags and scrap paper tirelessly, creating self-taught surrealist pop art. McGlynn attended the Ontario College of Art and Design, however, he was not enrolled in the visual arts. McGlynn’s work contains reoccurring symbols such as animals from his upbringing, birds from his studio window sill and numbers that derive from when he memorized math tables in his early years. McGlynn’s work is as much about revealing the truth and expressing emotions as it is about documenting actual fact. His paintings reach into a wealth of historical influence and skill. Creating symphonic glyphs on rudimentary, raw quilt-like patterns, the works simultaneously evoke rural Southern quilts, early comic books, and Piet Mondrian.

Since 1995, McGlynn has exhibited extensively in Canada, the United States and Europe. In 2005 Casey had a retrospective of his autobiographical work at the Boulder Museum of Contemporary Art in Colorado.