Back to Julie Buffalohead | Work 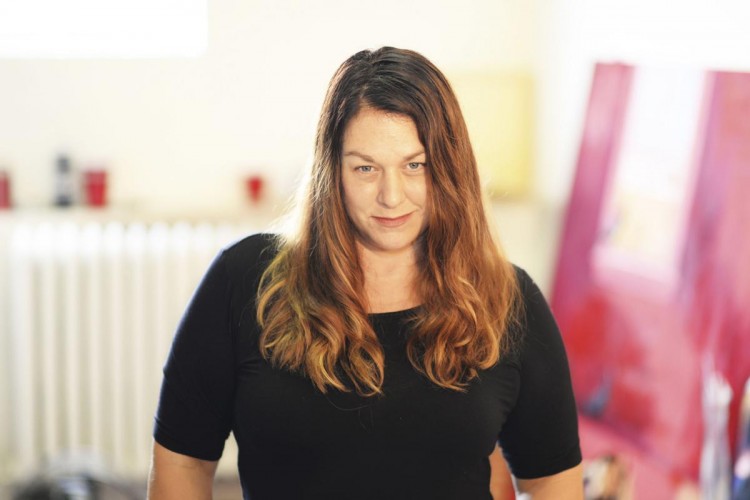 Hyperallergic Seeing Ourselves in Animals Throughout Art History Oct 2018.pdf

When you first view her anthropomorphic animal imagery, you might think Julie Buffalohead is presenting traditional images from Native American art and culture — and she is. But look a little
longer and deeper to discern what else she’s communicating with her ostensibly lighthearted portrayals. An acclaimed Indigenous artist and enrolled member of the Ponca Tribe of Oklahoma, Julie Buffalohead loosely interprets the beliefs and customs of Ponca clans and obliquely critiques old stereotypes that Native Americans played no part in creating. The Denver Art Museum described her artwork in a recent one-woman exhibition there as using “metaphors, iconography, and storytelling narratives ... to describe emotional and subversive American Indian cultural experiences, and often [analyzing] the commercialization of American Indian culture.

As a member of the Ponca Tribe of Oklahoma, Buffalohead uses storytelling and narrative imagery to describe the American Indian cultural experience. She uses an eclectic and often saturated palette to depict whimsical animal subjects and trickster tropes. The commercialization of Native American culture is expressed through these anthropomorphic characters and intentional use of line and color.

Buffalohead received her Bachelor of Fine Arts degree from the Minneapolis College of Art and Design in 1995 and her Master of Fine Arts from Cornell University in 2001. Buffalohead is a recipient of the Joan Mitchell Foundation Painters and Sculptors Grant, the McKnight Foundation Fellowship for Visual Arts, a Jerome Foundation Travel and Study Grant, and the Fellowship for Visual Artists from the Minnesota State Arts Board.