Back to Shelley Reed | Work 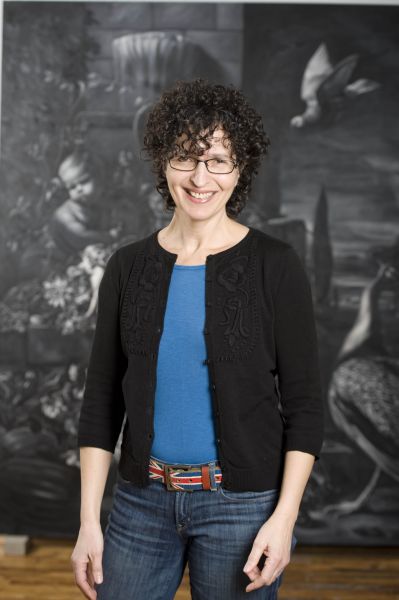 Shelley Reed was born in New York City in 1958 and currently lives and works in Boston, MA. She has a Bachelor’s degree in Psychology from Brandeis University, and graduated from School of the Museum of Fine Arts, Boston in 1984. She has shown nationally in both galleries and museums such as Danese/Corey in New York City; Fitchburg Art Museum, MA; Columbia Museum of Art, SC; and Sears-Peyton Gallery, New York City. Furthermore, Reed’s works are in several public and private collections, including the Museum of Fine Arts, Boston; the Art Institute of Chicago; Fidelity Investment Corporation, Boston; and National Museum of Wildlife Art, Jackson, WY. She is the recipient of the School of the Museum of Fine Arts Travelling Fellowship in 2013, and Maud Morgan Award from the Boston Museum of Fine Arts in 2005.
Reed borrows visual fragments from predominantly seventeenth- and eighteenth-century Northern European art, citing the artists of these works like a dutiful scholar. She copies and recopies carefully chosen subjects – a bird or horse here, an architectural flourish there – from reproductions of historical paintings. She remains faithful to the figure’s original form but dramatically intensifies the viewer’s experience of it through bold changes in scene and scale. She also exclusively paints with a pared down palette of black and white. The result is uniquely theatrical, demonstrating the timeless emotional associations we, as observers, graft, and re-graft on to images of the natural world, and invites reflection on the present as a powerful reconfiguration of the past.