Back to Travis Walker | Work 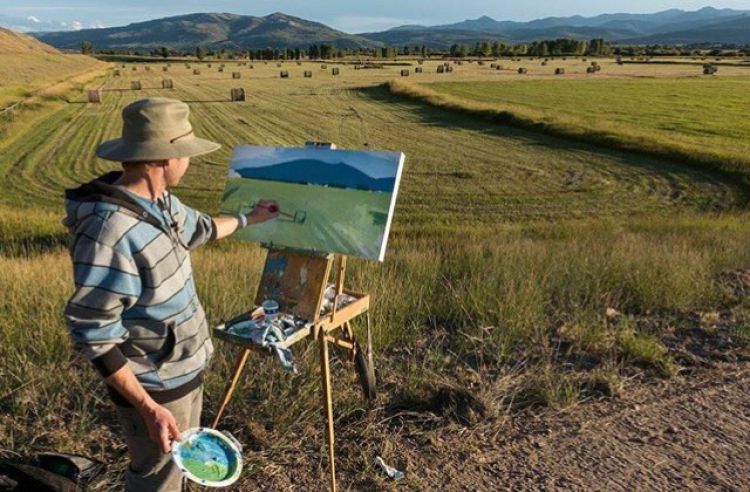 For the last 10 years Travis Walker has made landscape paintings about Jackson Hole, a place that never ceases to inspire him to pick up his brushes. He works on location, capturing the essence of the seemingly mundane scenes around town: an old salon, a decaying house with a fence made of skis, a vintage trailer park. His work is influenced by the work of American regionalists Edward Hopper and Grant Wood, Japanese printmaking, and German Expressionism.


Travis Walker is the founder and director of Teton Artlab, a nonprofit arts organization that provides studio space for artists. He was born in 1976 in Tokyo, Japan, and earned his BFA in Painting and Printmaking in 2000 from Virginia Commonwealth University. Recent group exhibitions include the 2012 Western Visions Show and Sale and the 2013 and 2012 Takin' It to the Streets Art Fair, among many others. Solo exhibitions include "American Dreams" in 2012 at Cowboy Coffee and "Views of Jackson" in 2009 at Teton Artlab. Walker was a 2013 panelist for the National Endowment for the Art' Artists Communities Grant. He was a 2013 Artist in Residence at the National Museum of Wildlife Art. In 2012, he won the "Rising Star Award" from the Cultural Council of Jackson Hole.