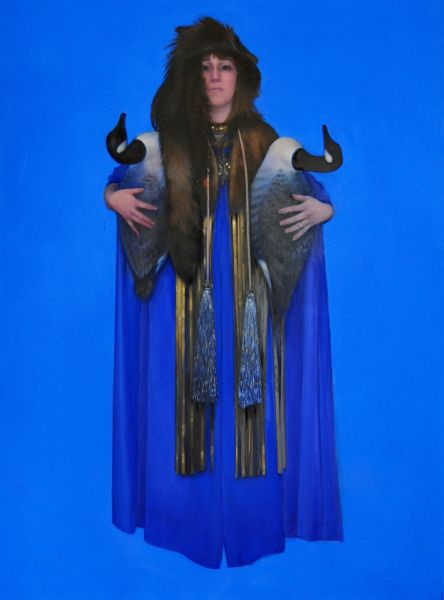 Starting in 2008 in Berlin, June Glasson began staging photoshoots as source material for her paintings. Glasson encouraged the models to engage in "unladylike" behavior, to bring props and costumes, and to be actively involved in their self-presentation. In 2010, she moved to Laramie, Wyoming and continued to stage these photoshoots and found the models often brought firearms, antlers, and campy western costumes. From this, Glasson began to be influenced by living in Wyoming, and by myths about the American West. Years later, 2016, while teaching in Pinedale, WY, home to the Mountain Man Museum of the West and after speaking with the museum's curators, Glasson learned that the town continues to host an annual mountain man rendezvous, Green River Rendezvous, a parade and re-enactments. This new knowledge inspired June to further explore the West and the history of the mountain man. Fascinated by this period of American Western Expansion (which peaked around the 1840's) Glasson learns of a collection of staged oil portraits and photo-studio portraits of trappers, mountain men, and explorers. Quickly realizing this collection of staged portraits was similar to the staged scenes Glasson was conducting in Laramire, Wyoming. Glasson felt it would be interesting and fun to direct photoshoots where she would use parody, drag, and camp to play with the idea of the Mountain Man and white Western masculinity. The artist nor the models are not attempting to "pass," or to be authentic. There is no masking of features but instead there is a layering, an emphasis on incongruities. The beard is worn alongside a pair of sequin hot pants. There are lace beards, pelt belts, and fringe-covered "lady traps." There is appropriation, power shifting, but there is still play, frivolity. 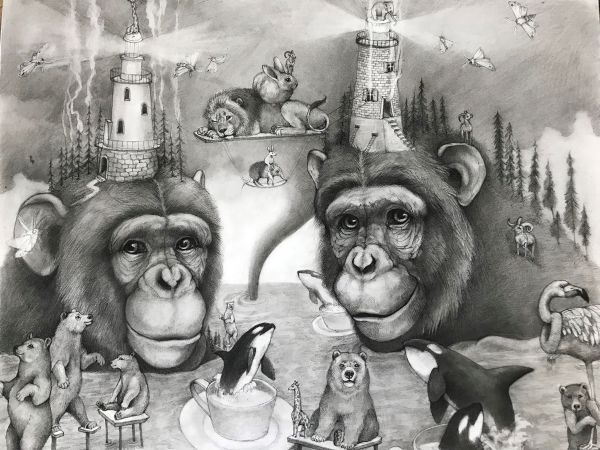 Adonna Khare is an American master carbon-pencil artist. Her style has been compared to the photo-realistic illustrations of Audubon, but the surreal worlds and strange inhabitants she creates can only spring from her imagination. Khare’s life-size works possess the scope of a painting, but with enough detail and realism to give viewers the impression they can step through the paper and into Adonna’s worlds. Though she stays steadfast to her chosen mediums, pencil and paper, her work spans from 8” x 11” to massive murals covering entire walls. She says of her process, “I draw how one might sculpt,” and the final artworks contain far more layers of pencil than the surface belies. A review of her in-progress pieces reveal hints of skeleton, almost as if she is drawing her fictional subjects from the inside out. 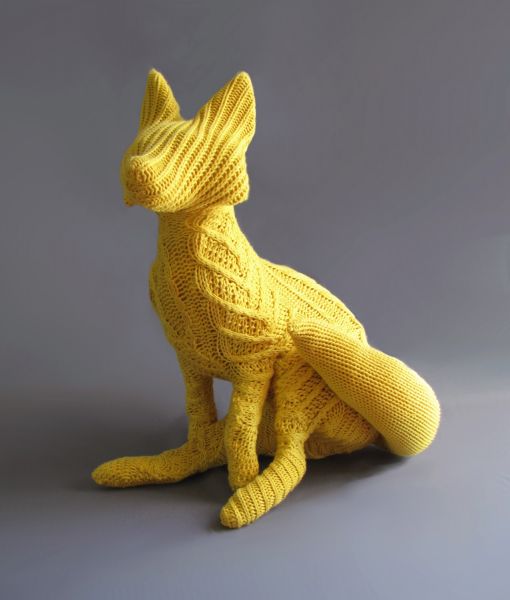 We surround ourselves with elements from nature in the form of manicured lawns, sculpted trees, and our domesticated companions. We bend the natural world to our tastes and create a comfortable place from which to appreciate its unpredictable beauty. My sculptures weave every day objects with the animal form to create new layers of information. I use tactile materials to create beautiful yet absurd creatures that are half wild yet domesticated by human intervention. My work approaches topics of femininity, domesticity, and our perceived place in nature. My animals are transformed by the texture and colors of human detritus into poetic creatures that reflect our conflicted desire for control over our environment and our search for a feral beauty. We sometimes move through this life at a frantic pace, and my creatures are a reflection of the ebb and flow of our actions. 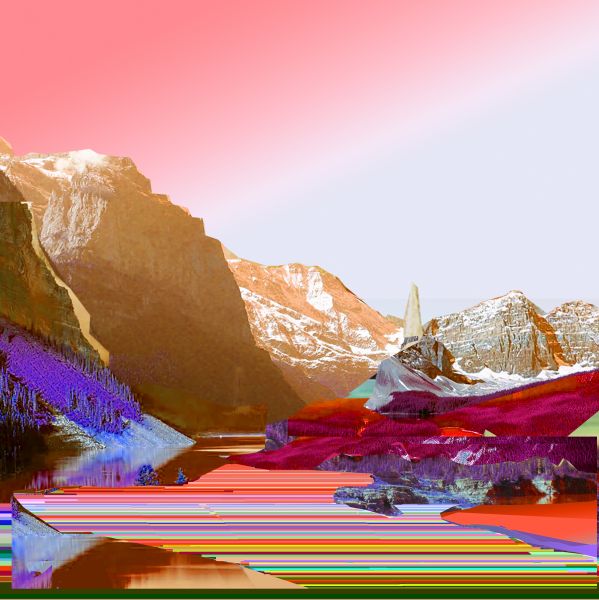 Landscape paintings once used to romanticize and to politicize notions of manifest destiny, are now recreated. The landscape images are created through the use of various locations combined to become idealized vistas. They are moments in time captured for posterity. In the time of climate crises these idealized landscapes may present to future viewers a skewed version of past environments. 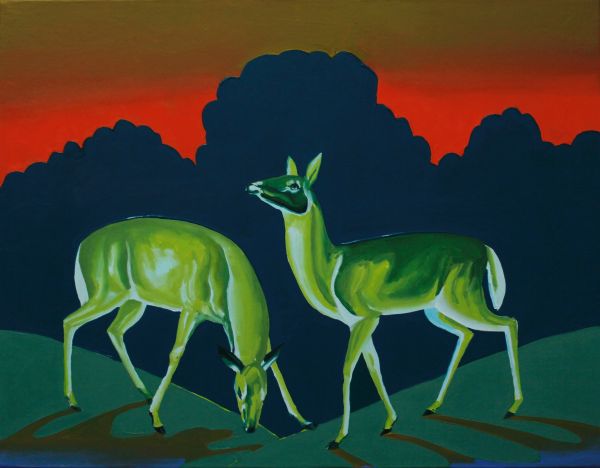 Madeleine Bialke portrays the American landscape through bright colors, cartoonish characters, and shifted perspectives. Her work reflects the threat of climate change¬¬—known characteristics of the natural world are altered. Her surreal works exemplify the power and changes in American landscape painting. Her works have been featured in Harper’s Books and the Boston University Art Gallery.